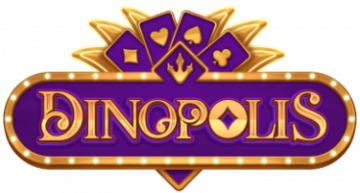 In Push Gaming’s world, Dinopolis looks like a luxurious city, similar to our Las Vegas, built in an alternative universe where dinosaurs are still alive. It seems that they’ve evolved, gaining human features and behaviors. The new videoslot from the provider features dangerous-looking gangsters, classy dancers, and enthusiast singers, all portrayed as dinosaurs. With its cartoonish characters and human details, this slot gives me serious Zootopia vibes with clear casino touches. Maybe this is the casino district dedicated only to dinosaurs.

Dinopolis – what you need to know

The Dinopolis slot combines a somewhat unique take on the dinosaurs theme, with free spins, sticky stack Wilds, and a picking prizes mechanism in a way that delivers a progressive gameplay, as well as huge possible payouts. So, a night at this dino casino can not only offer a fun experience, but it can also come with big wins across its up to 576 ways to win.

The flashy symbols and the tall buildings, covered in glitter, gave me a hint of the place where Dinopolis might take place. If I were to make a guess, I’d say this is a scaly version of Las Vegas. That Statue of LIberty shaped as a beaked creature gave it all away, don’t you agree?

The soundtrack teleports you to a totally different age when pompadour hairstyles were in. With vibrant rock’n roll vibes, the jingling sounds bring back the 1960s, making you feel right in the middle of a casino of that era. The symbols follow the theme without any mistake, featuring mobster dinosaurs dressed in suits, paying up to 10x the stake, and casino-related elements, such as neon playing cards, chips, and dices, that pay up to 0.5x the stake on the reels.

The gameplay in Dinopolis isn’t entirely new, and by this, I mean that the grid format and the features have been seen in other titles too. However, the way they work together makes the gaming experience quite interesting. The grid uses five reels and different numbers of rows, depending on the reel stripe. The first and last reels hold three rows, while the middle reels bring four rows into the gameplay. This 3-4-4-4-3 formation isn’t a novelty in the industry, but it’s also not something you see very often. The RTP stays at 96.40% throughout the entire gaming session, whilst the number of ways to win can get as high as 576.

The symbols are divided into Super high-paying, high-paying, and low-paying. The most influential dinosaurs in Dinopolis are the angry mobster, squeezing two piles of money, and the serious-looking dinosaur holding a cigar. These pay 10x and 7.5x the bet for five on the payline. The two players, the lady, and the singer are the VIPs of the casino, paying up to 4x the stake. Finally, the objects you can find in any casino, like money piles, playing cards, chips, and dices, are the low-valued symbols capable of bringing prizes of up to 0.5x the bet.

The Wild can also enter the reels, replacing all the other symbols, except for the Scatter. It can land with a random multiplier of 2x or 3x. The multipliers also increase the number of ways possible on the reels they land on, equal to the Wild’s multiplier.

The Scatter is truly a gem that can unlock the Dino Bonus Feature for three on the grid. This symbol looks like a winning hand and can land on reels 2, 3, and 4.

Because this is a dinosaurs’ world, it’s natural to see dino currency lying around. There are four types of coins available in Dinopolis. They’re called Dino Coin symbol and can appear on reels 1 and 5. You can activate them if you bring at least three of a kind with Wilds on reels 2, 3, and 4. Now, if you unlock a Dino Coin, you’ll be awarded a prize equal to your current bet multiplied by the amount displayed on the coin and by the Wild’s multiplier (if any). I know it sounds difficult, but once you get the reels spinning, you’ll see everything right away.

Moreover, the entire gameplay adapts to all kinds of screens. It doesn’t matter if you play from your mobile device or using your tablet, the slot will work smoothly on any device.

The features in Dinopolis are merged into one big super-feature. In other words, there’s the Dino Bonus, during which other subfeatures might be triggered as well. The bonus round here is like a matryoshka doll – you can find smaller features inside this big one.

The Scatter is the key to activating this round. You need three on the screen in order to trigger Dino’s bonus.

Before the bonus game starts, you need to sit at a casino table and pick a card dealt face down in two rounds. So, you pick the first card out of four, revealing the prize available in the next round, and you select the second one to set the number of free spins.

The prizes available are as follows:

During this round, you’ll see a meter on the right side of the screen. This is the Dino Coin meter. It collects the Dino Coin Collector symbols that land. Be careful, not all Dino Coins that hit are to be collected. So, don’t be surprised if there’ll be coins that simply won’t fill the meter.

You need five Dino Coins Collector to fill the meter and get to the next level. As I said before, this is a progressive round consisting of five levels. Each time you reach a new level, you’ll have to pick your prizes yet again. The newly added features are added to the current ones. So, as you progress, you’ll be playing with the already active features, plus the ones you get to pick for the next stage.

The creatures in Dinopolis aren’t as dangerous and fearsome as one might expect of an online slot with a dino theme. In fact, the sly dinosaur opening a briefcase that acts as the Sticky Stack Wild might look friendly if you have three on the screen during the bonus round. The bonus game is also the place where dino magic can happen. The prize-pick mechanic can really help to increase the winning potential of the game as they’re all added up, following you as you advance through the levels. With a huge max win capped at 50,000x, the Dinopolis slot is a volatile title from Push Gaming that’ll make you feel at home amongst clawed creatures with scaly skin and good-for-nothing wings.