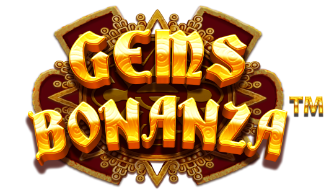 If you are a fan of cascading style slot games then you are in for a treat. Gems Bonanza is a game with the potential to become a sensational success by Pragmatic Play. This slot uses the cluster pay system and is played on an 8×8 grid. You need to land between 5 or more connecting clusters of gems for them to explode and vanish. This will open up the way for new gems to fall into their place, hopefully creating more new winning combinations.

The game has a decent RTP of 96.51%, which is just above average, it also has high volatility, which of course means long waits for wins, but when they do happen it will be a big one, so if you have a big budget and enjoy taking risks, this is the slot for you.

With the Tumble feature, winning combinations that you have landed on the grid explodes. Thereby allowing the gems that remain to fall into the empty spaces that have been left behind. This will continue until no more new winning clusters are formed.

The base game makes use of random modifiers. These can increase your wins by a massive amount. During normal play in the base game, there will be colored markers that appear at random behind symbols on the grid. Landing a win on one of these symbols with the colored mark will then activate one of the five modifiers based on which colored marker is on that symbol. If you activate more than one at the same time, then they will appear as follows:

Pragmatic Play has presented us with an awesome title with this release of Gems Bonanza. The gameplay is nice and smooth, as well as being exciting to play. There are no free spins to speak of, but with the other fantastic features it more than makes up for it.

This slot is very popular in the slots section on Twitch, much because of the Bonus Buy Feature