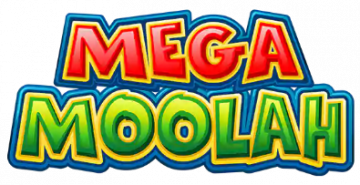 Simba greets you from the reels of the Mega Moolah slot, one of the most recognizable titles from Microgaming. The timeless videoslot brings some African plains on your screen, along with massive progressive jackpots and a free spins round. Although the prizes might sweep you off your feet, one can’t say the same about the design. I know this is a rather old slot, having been released way back in 2006, but I can’t help comparing it to new releases that feature more detailed elements and a more feature-packed gameplay. However, the ‘Millionaire Maker’, as it’s called in the industry, remains at the top due to its fabulous jackpot game that transforms regular players into millionaires every year.

Mega Moolah – what you need to know

If you’re a veteran in the online slots industry, there’s nothing you need to know about this slot, as I assume you already know everything about it. However, those of you who haven’t heard of the Mega Moolah slot, you’ve come to the right place! Here’s where you’ll find out the essentials (and a bit more) about this never-aging videoslot. Before diving into the depths of the game, know that it takes place on a rather standard grid with five reels and three rows, featuring 25 flexible paylines. Moreover, the progressive jackpots everyone’s after can hit anytime during the game, without you having to spin certain symbols into view. The jackpot game triggers randomly, on any spin.

Mega Moolah is probably the most emblematic game in the animals-themed category. With its cute-looking impalas, zebras, giraffes, bison, and elephants, which remind me of the happy characters in The Lion King (except Scar and the hyenas, nobody likes them), this videoslot sends you right to the heart of the African prairies. The graphics look a bit outdated but, if I were to compare them with other slots developed in the same years, I must say, the symbols in Mega Moolah are ultra-modern. The soundtrack contributes to building up the enthusiasm, as tribal drums notes can be heard every time you hit a payline.

The purpose of the Mega Moolah is to hit one of the jackpots, that’s clear for everybody. Once you land that juicy jackpot, you’ll be roaring from the top of a cliff, just like in that song by Katy Perry. The road to these jackpots can be fun if you hit the free spins that come with a multiplier.

The game features a standard layout with five reels and three rows where an RTP of 88.12% and a low volatility are active. As for the symbols, the mighty elephant is the most lucrative symbol, with a max payout of 30x the stake for five on a payline. The lion is the Wild that substitutes for all the other symbols, except the Scatter, awarding prizes of up to 600x the bet for five in a combination. See, this is why he’s the Lion King.

Also, depending on the casino you play at, Mega Moolah can be played on a mobile device too. In fact, the videoslot can be accessed on all devices, from your tablet to your PC.

Microgaming included a traditional free spins mode in Mega Moolah to keep the progressive jackpots in the spotlight. However, the developer took care of adding a special gift to the round: a win multiplier.

To activate this round in Mega Moolah, you need at least three Scatters, which are the shaman-looking symbols, on the grid. This way, you’ll get 15 free spins, during which all wins are tripled. Also, if you want to play more free games, all you need to do is hit three or more Scatters into view while the bonus round is running.

Here we are, at the most exciting feature of the Mega Moolah slot – the jackpot bonus round. Now, in other games, the jackpot game can be activated like any other feature by bringing certain symbols on the grid. Well, things are different in this title. The progressive jackpot bonus is randomly triggered on any spin. The only thing you can do to turn the luck in your favour is to increase the bet, as there’re more chances of landing the jackpot round with a higher stake. Besides this, there’s not much you can do.

If you activate the progressive jackpot feature, you’ll need to spin the huge wheel that pops on your screen. The game offers four possible jackpots. The Mini jackpot is the baby-jackpot, awarding prizes starting at €10. The Minor and the Major ones offer bigger payouts, starting at €100 and €10,000. The Mega jackpot is the one that puts the Mega in the title, with a colossal win that starts at €1,000,000. I don’t know about you, but the minimum value of the Mega Jackpot is fine as it is.

What can I say more about the Mega Moolah slot that hasn’t been said before? The progressive jackpot feature is the one that hooks players, making them coming back for more, while the free spins add a little spice to the gameplay as you wait for the jackpot game to be triggered. Considering that most slots nowadays feature an average RTP of 96%, the RTP in the game is below average. However, the good news is that the progressive jackpots aren’t taken into account. If you’re on the hunt for a life-changing cash prize, the Mega Moolah is the place to be. With a massive Mega progressive jackpot starting at €1,000,000, the slot will make you forget about the dry hands that may occur, keeping you engaged throughout the entire game session. Eyes on the prize!

If you like our Mega Moolah slot review, then you should read the following:

Play the slot on Leovegas Casino