Just For the Win Slots and Games Provider

Fairly new on the market, Just for The Win started its activity in 2016 and released its first online casino slot called Goldwyn’s Fairies in 2017. It didn’t take long until they were able to strike a deal with one of the industry’s biggest names Microgaming that would allow them to distribute their slots games through the Quickfire platform.

This was a move that proved its understanding of the industry’s designs plot and design which allowed the popularity of the studio to grow. This collaboration with an industry heavyweight was not the only reason for the growth of this studio, Just For The Win created an interesting style, with exceptional animation and close attention to detail that played a huge part in the success of the company.

Just for The Win has produced slots with a different range of themes. If one looks at what Just For the Win has already achieved, it’s quite clear that they are determined to develop exciting video slots games that will be offered to wider audiences and markets. Their games are worth checking out due to the awesome creativity imbedded in their offerings.

Just For The Win is doing exceptionally well this year, even though they are quite new to the industry. The creativity shows in the variety of themes and the combinations of original features that define their games. They appear to have a very bright and promising future ahead of them.

Just for the win slot and games offering

For now, their offer includes only video slots but we surely hope to see new products in the future. On the other hand, dedicating so many resources and passion into one type of product will produce amazing results. They put a lot of effort and time into creating a unique and identifiable style that is both graphically advanced and very entertaining in terms of gameplay.

Just For The Win games are designed using state of art graphics, engaging sounds, and some quirky animations. Added to that truly neatly rendered, the games are also packed with generous bonuses including free spins, mini bonus games, as well as wilds and scatters giving special bonus rounds,  making it easier to score lucrative winnings.

Amazing Aztecs is one of the most successful titles developed by this company. A 2018 slot with 5reels and 3 rows it offers 243 ways to win and a bonus feature. Rainbrew, another well-known title that introduced special game sections that appear above and below the standard 5 reels and 3 rows. It has great graphics, free spins features, and an exciting feature called Side Winders. Released in 2017, Deco Diamonds features both amazing and modern graphics with state-of-the-art designs and a classic style that honors the vintage slot machines creating a perfect balance between the old and new.

We have seen many big wins on Rockabilly Wolves that features stacked wilds, stacked symbols, scatter re-spin, sticky wilds, and an increasing multiplier. Just imagine all those features active in one video slot, this surely means that Rockabilly Wolves has great potential.

Also, keep an eye as we Deco Diamonds was a success for the studio and they are releasing a Deluxe version for Deco Diamonds very soon. We know sequels to slots are not always the best ideas, however, we are sure Just for the win will get it right and make players love the Deluxe version even more.

Why Play Just for the win

A software developer driven by certain values, Just For The Win proved since the beginning that they are here for the long run. Beautiful games carefully crafted with passion and extra attention to detail are their mark.  It’s obvious why should anyone play their adventurous games with new exciting features and we root for them and wish to see even more great work coming soon.

Casinos with Just For The Win Games 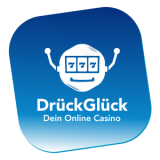 Top Just For The Win Games